Smashwords.com is once again sponsoring “Read an eBook” week, which runs from March 6th to March 12, 2011.  Many of the great authors I’ve featured here on Jakphoenix.com are participating so I thought I’d throw together a list of some of their included works. Now is a great time to check them out for next to nothing!

Jak is a space pilot who would rather kick back with a cold drink than stick his neck out to save the galaxy. But, as we all know, life often gets in the way of these ‘big dreams.’ In the spirit of space operas of old, comes a light hearted, action packed novel following the exploits of the best low quality pirate in the galaxy, Jak Phoenix.

An all new Jak Phoenix space adventure, set before the events of the first novel! Jak and Baxter are asked to pull off a seemingly simple grab – for a big payout. Unfortunately, shady dealings frequently end in space shenanigans.

Air Force pararescueman John Paxton is commanded to lead a team on a dangerous mission—supposedly to rescue the pilot of a stealth fighter. Yet, nothing is as it seems. As the mission goes from bad to worse, Paxton uncovers a deadly plot that threatens National Security. But to fight this enemy, he must also risk the lives of the people he loves the most. 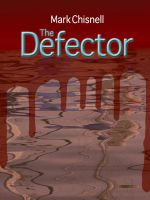 The Defector – by Mark Chisnell

‘This is a remarkable thriller – chillingly violent, full of tension and with a very original ending.’ Publishing News. Self-interest or selflessness? This is the dilemma at the heart of The Defector – can Martin Cormac turn his back on his ruthless past as a currency trader, a player, and do the right thing? Not when he’s looking for answers in a succession of sleazy bars… 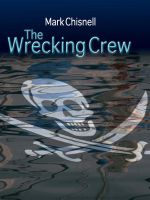 The Wrecking Crew – By Mark Chisnell

‘A real ripping yarn… begging to be made into an all-action film.’ Qantas in-flight magazine. Drug warlord Janac has turned to piracy to fund his battle for control of the Australian narcotics trade. Attacking the MV Shawould on an evil night in the South China Sea, it seems Janac has also found the perfect next victim for his psychotic games… sequel to The Defector.

The Hook (a Wandering Koala tale) – by Jeff Thomason

What if music could do more than affect your mood? What if a song not only got stuck in your head but in the rest of your body as well? What if music became addictive? Someone has discovered a new melody that is more addictive than any drug and is selling it on the streets. Teenagers are hooked with one listen. Only the intervention of a silent wanderer can save the town from an invisible snare.

The Scientific Method (a Wandering Koala tale) – by Jeff Thomason

He’s done it! Brent Jakes has discovered the Unified Field Theory, the Holy Grail of Physics! It will provide unlimited energy, new medical breakthroughs, and other advances only dreamed of before. There’s just one on catch: it’ll cost three men their careers– science is not immune to the corruption of greed and politics. Only the intervention of a silent wanderer can stop them… 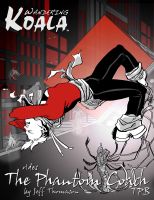 Has anyone ever told you to stay out of an argument because it doesn’t involve you? Do private disputes really stay private, or do they have a larger effect on the world around them? What if a domestic disturbance caused a ghostly disturbance? Mike and Angie are just another couple on just another Friday Night date having just another argument. But this time it won’t stay between them.

Union of Renegades: The Rys Chronicles Book I – by Tracy Falbe

The epic begins as Dreibrand Veta and the conquering Horde of the Atrophane Empire reach a mythic Wilderness that beckons with a magical call to glory. But Onja, Queen of the rys, a race far more powerful than the greatest human state, guards this land. She has the power to imprison souls and her genocidal rage is legendary. Everything is at risk for her desperate enemies, the union of renegades.

Author Robert Capko, creator of the John Paxton series, stopped by Jakphoenix.com to give us an update on his novel, Say Goodbye.

Finally you can hold the latest adventure of pararescueman John Paxton right in your hands. Robert Capko’s action/adventure thriller SAY GOODBYE is now available in paperback.

Also available in paperback at Amazon.com

And for your Sony ereader

And for your iPhone or iPad through Apple iBooks.

Or ask your favorite bookseller.

What others are saying about SAY GOODBYE:

“Great fast paced book. Seemingly realistic and accurate due to the author’s real-life US Air Force experience. I’d also recommend this to any fans of classic Tom Clancy. Looking forward to The Long Road Home!”

“After 28.5 years in the Air Force (24.5 active duty, 4 years as a civilian), seeing these super heros in action, I’m so glad to see Robert Capko’s new book SAY GOODBYE hit the streets and pay homage to the–until now–unsung heros of the Air Force. I remember first hearing about PJs when I came into the USAF back in 1982. They’ll go places other services’ special operators won’t! These super Airmen know no fear, and John Paxton is the perfect example. My advice…get a lot of sleep the night before you read the book, because you’ll be going to bed late the day you start reading it…you will NOT be able to put it down!”

“Finally a great military thriller that highlights the exceptional talents of the finest special operations operators, the U.S. Air Force Pararescuemen. The adrenaline was pumping with each page and the many twists and turns keep you speculating to the very end. Military and National Security drama enthusiasts have found a new hero in MSgt. John Paxton. From life and death at 50,000 feet to door busting close combat, from cloak and dagger mystery to raw human survival this book has something for everyone and you will not want to put it down.”

Robert Capko writes Action/Adventure Thrillers including the John Paxton series.  He is a veteran of the United States Air Force and lives in Florida where he is working on his next thriller THE LONG ROAD HOME.  More information can be found at his website www.robertcapko.com, join his fan page at http://www.facebook.com/robertjcapkofanpage or follow him on twitter at http://twitter.com/robertcapko

Today, Matt Williams is taking a quick break from Jak Phoenix to check in with author Robert Capko.

Robert’s first novel is called Say Goodbye and here’s what he had to say about it:

John Paxton is a man who understands duty—both to his family and to his country. As a highly decorated pararescueman in the Air Force, he’s risked his own life numerous times to save the lives of others. He is the epitome of the pararescue motto: These Things We Do That Others May Live. But now that he’s married with two small children, he’s content as an instructor at Lackland Air Force Base.

Then Paxton is commanded to lead a team on a dangerous mission—supposedly to rescue the pilot of a stealth fighter shot down over Serbia. Yet, nothing is as it seems. As the mission goes from bad to worse, Paxton uncovers a deadly plot that threatens National Security. But to fight an enemy with ties to one of the most dangerous organizations on the planet, he risks not only his own life, but also the lives of the people he loves the most.

More information about Air Force pararescue can be found on my fanpage which is listed below.

Here is what some others have said about Say Goodbye:

“SAY GOODBYE is a thrilling, edge-of-your-seat page-turner. Don’t miss it!”

﻿﻿﻿﻿Robert Capko writes Action/Adventure Thrillers including the John Paxton series.  He is a veteran of the United States Air Force and lives in Florida where he is working on his next thriller THE LONG ROAD HOME.

More information can be found at his website http://www.robertcapko.com/

Join his fan page at http://www.facebook.com/robertjcapkofanpage

Click here to visit Smashwords.com, where Say Goodbye is available as an eBook at a great price!

Links to the Jak Phoenix Universe